This morning the temperature dropped quite significantly. Which meant I was back on the normal winter duties of de-icing the cars. Hardly something that appeals, but this morning, the pre dawn sky had something pretty spectacular on offer. Low in the South East a slim crescent moon can be seen next to an astonishingly bright Venus. I’ll check again tomorrow, and a little later too since Jupiter should also be seen lower on the horizon.

If you’ve time, it’s worth a look. Here’s a snap taken with the phone. One day I’ll get a decent astrophotography setup in place. 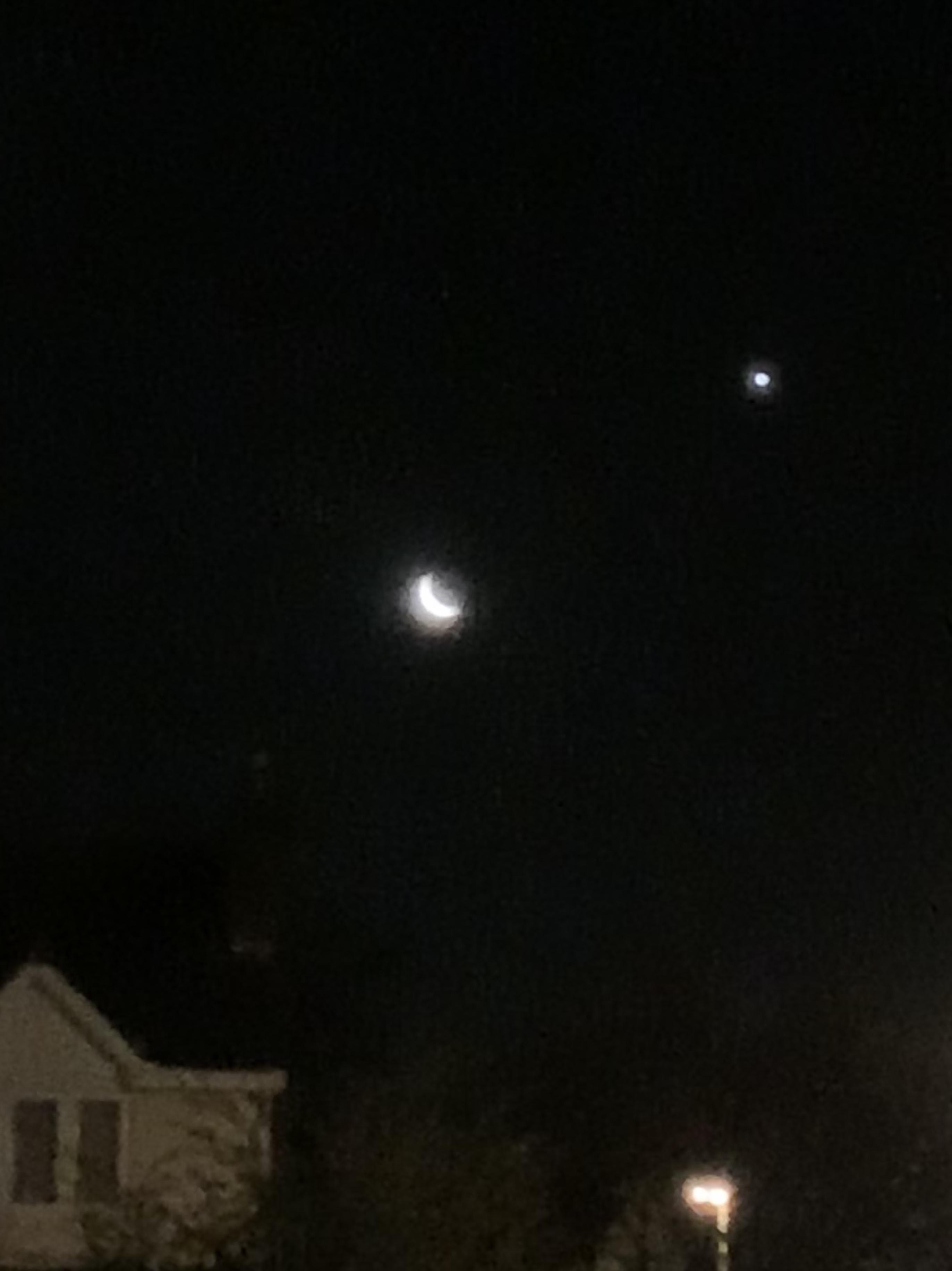